Rock & Roll Junction to the World!

I had some interesting experiences
this last weekend...
...first, I decided to hop on a plan, last
minute, and hang out with some of
my pals at a conference in Orlando.
While I was there, I heard a guy
speaking, Larry Thompson - who
has made several hundred million
dollars in commissions as a rep, and
a consultant to MLM companies.
What interested me about what he
said, though, wasn't his training.
To be honest, what he told us to
do was brutal - and if I don't lie
to myself, I know I wouldn't do,
even if I was poor again, and lived
in a van - not because it wouldn't
work, truth be told...
...it works amazingly well.
I'm just over doing stuff I don't want
to do.  There are plenty of ways of
doing this that I enjoy.
It wasn't WHAT he trained, though,
it was ONE THING that he said
that I found powerful.
He told a story about Herbalife,
and how they hit a billion dollars
in sales in five years.
Then the government came in.
Larry had 100,000 downline quit
in 7 days.
Did he quit?
No.
Larry isn't a damned wussy.
Most people think that Herbalife
had their success because of what
they did in their FIRST five years...
...not the case.
AFTER they defeated the regulators,
sued the FDA, and cleared their name
of nonsense - the NEXT five years are
what created the MONSTER that does
$5 billion in sales a year today.
See - when you're FORCED into a corner,
you have to unleash a certain kind of energy,
a kind of creativity to overcome problems,
that SAME ENERGY is the energy and power
that creates all victory, all success, all REAL
progress.
Click Here To Create YOUR STORY.

Comment by LedZeppelin@ AvailanetUSA.com on August 9, 2012 at 4:47pm
When Herbalife BOUNCED BACK after
a fight that lasted five years...
...they EXPLODED in size.
The critics were silenced.
The MASSES created victory.
They became legendary.
And...
...YOUR VICTORY will be created as
you bounce back from pain.
When you get up...
...swinging in the 5th round, on the count
of nine - face bloody, and by the power
of your will - you rise like John Galt, and
defeat your enemies.
It reminded me of when the banks shut us down.
When we came back - our growth doubled.
Why?
Our critics were silenced.
Their wussiness no longer had a place in
our prospect's minds.
Then, after the weekend, as I was thinking
about our stories of victory over struggle -
something hilarious happened:
Facebook slapped our whole domain.
Lol.
This time - I laughed.
If the king of social media thinks they can
silence a social epidemic...
...and ARMY of people creating victory -
sharing their heart, and their story...
...they're wrong :)
Like the banks were wrong.
Like the critics were wrong.
The next day, SLAPPED from Facebook,
not able to even like a page - 32 people
made over $1,000.
And you watch:
Not only will they restore us...
...this stupidity will double our company.
It will double the incomes.
It will DOUBLE the signups.
Because I had an idea - because of it,
that is going to change the game...
...again.
CLick here to get in now (only $25)
It's time to stand up against giant
conglomerates - that take away the
voice of the people.
This is not about a company - this
is not about a vision - this is about
DECLARING your freedom to the
world.
How did we create 18 new six figure
income earners in 31 days last month?
Because an army of people saw this.
And decided to get 'all in'.
Are you with us?
Let's lock arms...
...and FIGHT the forces of EVIL.
-David Wood
"The Facebook Slayer"
P.S. Dumbass things like this, are the
reason that Facebook just had their stock
fall by 50%, and their being sued by thousands
of investors.
Facebook was cool - because it let you speak
your mind.
Your voice matters - here, like always.
It's time to decide.
It's time to take action.
Let's rock.

This post came from our Co-Founder & Champion for Freedom!
The very same thing happen to me on FaceBook and it really got me bent out of shape to say the least, but days later it was restored and all is well. The blocks on this opportunity is a real tragity for some but it will most likely be restored once FB figures out how to support freedoms and generate revenues with people who follow rules and prosper. We do pay the bills FB so Think! TY DW!!!

Comment by LedZeppelin@ AvailanetUSA.com on August 9, 2012 at 6:23pm
Find your Freedom in Your Rights to Be Free to play your story as loud as you Want your Why with God's Blessing Is ALL That Matters....Rock.It!!! - Empower Network 100% Comissions is a Mind Blasting Awesome Business System! TY! Dave & Dave!!! You Guys Rock This World! Music.ON!!! www.ALLorBust.com

"My God Shall Supply All Your Need... & Healing"

Now We Can Become Warrior Plus Believer's On The Teams! 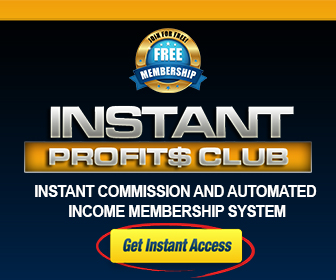 Today You Can Get Your Freedom Now!

Believe 2020 Is Yours! Start Inside Free & Get LifeLock In Our System - Here!

You need to be a member of LedZeppelinNow.com to add comments!